This website may contain affiliate links, which means that if you click on a product link and make a purchase, we may receive a small commission at no extra cost to you. Read more.

Blackwater salaries are dependent upon many factors.

It is important to note that a large percentage of Blackwater employees are hired to conduct training and perform support staff functions.

Many of the guards and personal security specialist personnel are hired as independent contractors.

There are numerous job descriptions attributed to each of the positions and salaries can fluctuate based on many factors.

For many Blackwater employees, salary is a motivating factor. Typical guards for private security firms can earn up to $600 per day.

Blackwater guards can earn upwards of $1,000 per day. Some positions may demand more money because of the employee’s training and experience.

Since many employees are working as independent contractors, their salaries may depend upon the skill of the person who conducted the salary negotiations.

There is no doubt that these salaries are substantial, but the job comes with substantial risks.

A large portion of Blackwater salaries is paid to individuals working in extremely hostile and challenging working environments.

Why you should trust AnswerGator. Our team of writers and editors works hard to fact-check all of our information and ensure that it is up-to-date and trustworthy. Read more.

An Afghan Border Police Instructor, for example, earns about $550 per day as an independent contractor.

A personal security specialist performs a wide range of duties. He or she may be assigned to drive the lead vehicle in a motorcade.

This individual may be responsible for manning a security post at the principal’s residence.

To perform these duties, personal security specialists earn around $500 a day.

Physicians’ assistants are often hired by Blackwater to work in remote or hostile environs.

These individuals, like guards and personal security specialists, are required to carry firearms.

They too must pass a rigorous physical examination before deployment.

These physicians’ assistants can earn $540 each day. It is common for these employees to earn a completion bonus at the conclusion of their deployment.

That bonus typically is about 5 percent of their salary.

A thorough background check is required of all applicants. Most Blackwater jobs require that candidates be able to obtain a Department of Defense security clearance.

While Blackwater salaries are lucrative, these employees are working in extreme conditions.

The salary may be significant, but many other reasons are also cited as being important.

Some employees like the challenge, travel, and excitement that Blackwater employment provides. Others view it as a chance to protect their country and to fight for democracy around the world.

Blackwater salaries are a hot topic for those interested in applying for a position through this private military.

Established in 1997 by Navy Seal Erik Prince, Blackwater has been called both Blackwater Worldwide and Blackwater USA.

In 2011, it restructured itself and now goes under the name Academi.

It was speculated that the company did this to distance themselves against controversial issues going on in Iraq.

Currently, the company’s headquarters are located in North Carolina, with offices in Iraq, Baghdad, and Kuwait.

Blackwater provides personnel to the United States government and other governments around the world.

The reason why Blackwater salaries get a lot of attention is that they are very high compared to other government sectors. Employees get paid more than top-government officials.

Exact salaries are unknown, as they vary according to the individual, his/her respective training and the specific contract.

Unlike other types of mercenary jobs that have a specified salary set in place, Blackwater positions have a unique system.

There are contracts that each employee has with the company, and pay rates are outlined in the contract.

That said, one individual may agree on one salary, while another could settle for a different salary.

Blackwater salaries are speculated to range between $600 to $1,000 a day, although there is much variation to this depending on the job.

The riskier the job and the more specific the set of skills, the more the position will pay.

The main reason why these positions shell out so much is that Blackwater employees undergo a great deal of risk in their daily lives.

Many Blackwater positions put their employees at the heart of the conflict, and it’s these very individuals that regularly risk their lives to save others.

However, Blackwater salaries are still disputed, as four-star generals and American soldiers only make a fraction of what Blackwater employees make.

With the demanding line of work and high-paying salaries, one can imagine that it’s rather difficult to land a job with Blackwater.

The company looks for candidates who have a very distinct set of skills and are willing to put their life on the line, as well as tackle opportunities overseas.

Not only do employees work in areas of conflict, but they must also tend to natural disasters in prompt, efficient manners while protecting the personnel who aid in these situations.

Blackwater salaries may be competitive, but only the qualified and elite can take on these demands.

Determining that is not as easy as it seems, for pay varies from job to job.

Also, as with many types of private firms, pay varies according to experience and qualifications.

Also, those who have the willingness to learn more things while in the job will consistently get salary increases over time.

Beyond this, it is quite hard to deduce relevant information about pay, for it is often kept away from the prying eyes of the public, for good reason: Blackwater is a security agency, and it would do well to keep payroll information in private.

However, here is more information that can clarify how much Blackwater pay you to expect to receive.

First, what do Blackwater employees do?

Their primary duty is training security personnel, although they also provide security services.

They are well-equipped and they enjoy the benefits of excellent facilities, especially in their primary training center in Morlock, North Carolina.

Thus we can expect premium salaries, for the job involved is inherently stressful and dangerous (although Blackwater’s workplaces are always good for morale and productivity)

Second, who are accepted as employees?

Almost all of the employees have experience in the military or law enforcement.

Thus, we can expect their salaries in Blackwater to be higher than the salaries that they had during their past stints.

Blackwater pay also depends on the security situation of the world at any given time.

For instance, before, Blackwater has involved itself in security operations in high-risk places such as Afghanistan, Iraq, or Syria.

Thus we can expect Blackwater salaries during these times to rise.

During peacetime, salaries for Blackwater jobs are reasonable, but they aren’t jacked up, because there is no imminent danger yet (training is the company’s primary role during peacetime).

Bigger salaries are there as incentives for people to engage themselves in inherently dangerous activities, but the competence of Blackwater personnel allow them to succeed in any venture they put themselves in.

They are knowledgeable about the dangers involved in any operation.

At times of immediate need, the company can lower required qualifications to admit more people, but their pay won’t be as high as those who have high qualifications.

Regardless of Blackwater pay, Blackwater employees are always expected to uphold critical values.

Blackwater employees must act with dignity and professionalism at all times. They should also respect the rights of other people as well as the beliefs of other communities where they conduct their stints.

Blackwater employees should always aim for a high standard of professional ethics in their dealings and be aware of the legal implications of their actions.

They are also expected to do their best at all times, produce top-notch work, and be dedicated in their duties (especially in training, where they pass on their knowledge and experiences to people who want to be like them someday).

Any employee who has held on to these values at all times has surely deserved his or her Blackwater pay.

Blackwater salaries are not included in the job description page on the company website.

However, other websites show salary levels of various companies against the salary of other employers.

For those who are interested in knowing what the salary levels provided by the Blackwater company are, they can try to ask from those who have been able to work with the company.

Online searches might not yield any results when it comes to this query, but those that do deliver results will state that the income received by those who are members of this company is quite higher compared to the average income provided by US companies.

The simple fact that people who are interested can rely on is the point that Blackwater is one of the leading service providers to clients across the globe.

This entails that the working conditions, especially the salary, may be more competitive than others.

The Blackwater boasts of a workforce that is made up of highly qualified professionals in various fields of discipline and industries.

Although the company is known for its services in training and security solutions, there are also positions for those who are not as proficient in the area of safekeeping.

For instance, like any other company, Blackwater needs trustworthy employees who will do administrative tasks as well as records keeping.

The company offers competitive remuneration for bookkeeping specialists as well as for managers who show a high level of skill and integrity.

Other positions available are for the tasks of general housekeeping, without which the company may have a difficulty in functioning.

Blackwater salaries, even for these most basic positions, are noted to be worthy of interest.

This is because the company makes sure that only the best in the various fields can join their teams, and thus, the benefits should have an advantage over other offers.

These Blackwater salaries are also not the only benefits that present and future employees look forward to.

The company is dedicated to providing the perfect grounds for training, not only for their clients but for their personnel as well.

With this being said, employees of the company will find that being a part of the various teams will lead to personal growth and development.

Having such an entry on one’s resume as being part of the Blackwater company also adds prestige and a higher level of expertise.

The Blackwater fosters an environment where those who are dedicated to serving one’s country and people can do so.

It is also a known fact that only people of the highest quality and caliber can be admitted into the organization.

For those who want a career as part of this group, Blackwater salaries are not the only factors to be mindful about.

There is no one more qualified and capable of managing the final output of the content department other than Olivia – a current law student. She likewise has a four-year medical experience during the internship period of her undergraduate degree. She is a very ambitious woman who likes to follow her passion wherever it might take her, which led to her taking on a law degree even with her undergraduate medical background. 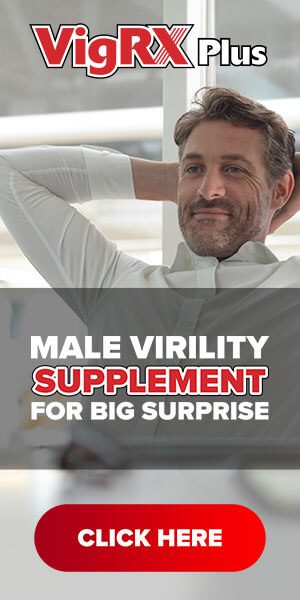